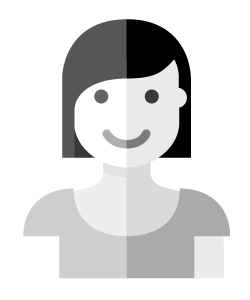 Hi, my name is Rebecca and this is my new blog which is all about my new found passion for sports. I never used to like any kind of activity which involved any kind of effort. The only kind of activity I liked was sitting in front of the TV and watching my favourite shows. However, all of that changed when I met my boyfriend. He is a real sports guy and he had me doing all kinds of cool things like swimming, playing tennis and even deep sea fishing. I love it all. I hope you love my blog as much as I love sports and recreation.

For boat owners who desire to get the best out of …

Buying a camper can prove a serious aide when vent …

Read More
New to Fishing? Here Are 4 Reasons to Use a Lure Instead of Live Bait
18 December 2017

If you're interested in angling and want to start …

Canopy covers for boats such as Bimini covers are …

Most residential tennis courts are made with a con …

If you're interested in angling and want to start making trips out onto the water, one of the first things you'll need to do is get the right fishing equipment. At first, it can seem like an attractive idea to use live bait—after all, slipping a worm onto a hook is an image indelibly associated with fishing.

However, lures are often a better option. Instead of using something alive, lures are artificial. Here are just four reasons why they make a better choice for beginners than live bait.

1. Lures Are Easier to Use

In your head, slipping bait onto a hook is probably child's play, and so it is to a professional. However, it can be a devilishly tricky manoeuvre, especially when you aren't used to being out on the water. Lures are far easier to fit or change out, and they aren't nearly as messy as live bait. There's plenty of time to get the hang of using live bait, but you should keep things simple for your first few outings.

A good lure will last for quite a long time. You can keep casting and recasting without worrying about it breaking up or coming loose, and you can keep moving across the water without having to worry about making a change. The same isn't true when you're using live bait—after a few recasts, it usually needs to be replaced. Additionally, live bait won't last very long until it spoils.

If you're new to angling, you might not have heard about gut hooking. This is when a fish swallows your hook instead of simply getting it caught around the jaws, lips, or mouth. When a fish is gut hooked, it's a lot harder to practice catch and release or simply slip it off the hook. This isn't something you need to deal with when you're still learning the ropes, so it's best to choose a lure—fish aren't nearly as likely to swallow them as they are live bait.

Finally, lures are simply more effective at attracting fish. They can mimic certain physical actions of natural prey that make fish interested in taking a bite even when they aren't hungry. When you're just starting out, you want as much opportunity as possible to practice your skills, so pick up a lure instead of using live bait to increase your chances.